It's in the tree that you build a dugout... 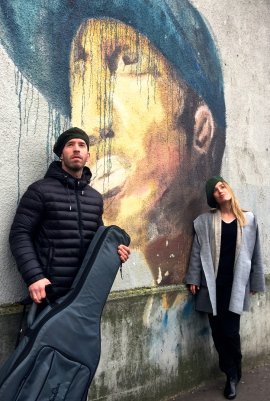 OffshoreSpirit is a french family producing music, then performing acoustic (guitar, voices and stomp box) wherever the wind blows.

Their influences come for a part from their history, surrounded by musicians, going from a recording studio to another, following their mother, a singer - songwriter Anouck Chevalier.

She made them listen to all kind of american pop, folk, rock music, french variete, gipsy bands, and they grew up surrounded by Rap and RnB music.

All together, they move as often as they could to discover new places, new sounds. All those influences can be heard along their show. 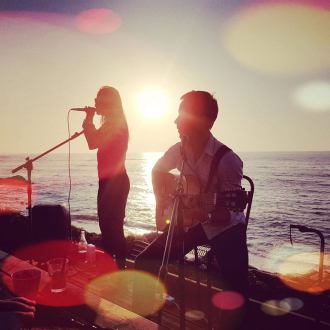 Their name, OffshoreSpirit, comes from the Offshore wind, the best to practice surfing, but also the one that goes from the land to the horizon, on theocean. This wind doesn’t have borders. Neither do them.

The borders can be geographical but historical, psychological and social too. They break all those fences with their music, but always with a smile an hope.

Even when they speak about serious, and even sometimes hard things of thisworld, their wish is to put back a smile on people’s faces. 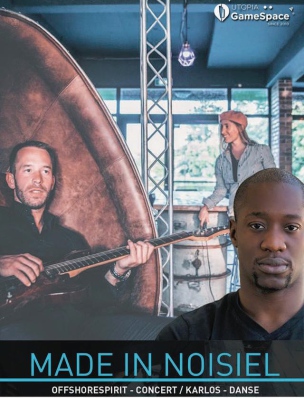 They grew up in the blocks around Paris, where life isn't always easy.

They got out of it, their music being the "boat" on witch they reached the beaches of the south of France where they have started surfing and then could travel sharing their sounds around the world. So surfing keeps on being their favorite sport.

But it is in the tree that you build a dugout. And this tree can have its roots in a ghetto. You can hear in their music that they never forgot their childhood friends who grew up in the same place.

They sometimes gather together to share artistic moments, as some of them are now famous hip hop dancers.

Offshorespirit is an acoustic musical trip, making the audiance travel between songs and instrumental originals. The show goes from a lounge style to evolve to a realy punchy live, including latino sounds.

Impact France Israel Festival (Paris): taking place on the well known "Place de la République" in the heart of Paris, this cultural and musical exchange has gathered thousands of people for its first edition.

Stage of the "Plage de l'Arsenal" in Tarbes. 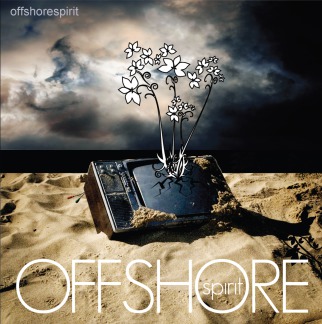 « Everything is Alright » (Latest).

Get this album online NOW !

If you prefer receiving a CD,